What is RFID Middleware?

RFID Middleware is a radio-frequency identification (RFID) software, that sits between the readers and the enterprise/business applications. The middleware has several functions and plays a major role in RFID system operation and management. The middleware not only manages RFID readers and printers and communicates between these devices and your business applications but also manages, filters, aggregates and makes sense of the data coming from the RFID tags.

Due to the sheer amount of data coming from the RFID tags (imagine hundreds or thousands of tags read at virtually the same time thousands of times, radio-frequency identification (RFID) systems require a new kind of middleware, as well as conventional integration middleware. Conventional middleware is used primarily to link disparate applications, both internally and externally, to the enterprise for: 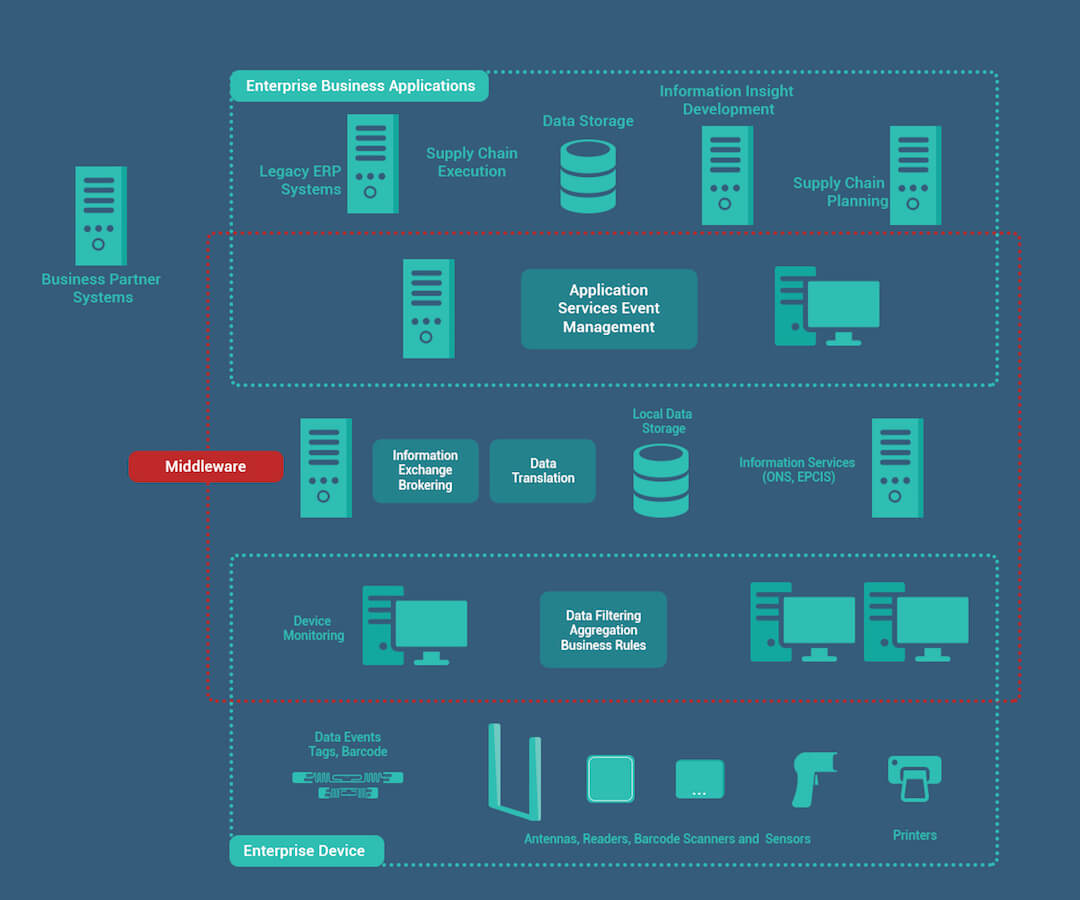 There are several requirements for RFID middleware such as:

The LLRP Standard specifies an interface between RFID Readers and Clients. This protocol is called a low-level protocol because it controls the RFID air protocol operation timing as well as the access to air protocol command parameters.

The DCI Standard specifies an interface between RFID Readers and Access Controllers and the network on which they operate. The standard is aimed to specify the the operations of a Reader and Client that allow them to utilize the network to which they are connected to communicate with other devices, exchange configuration information, and initialize the operation of each Reader.

The current RM Standard describes the wire protocol used by management software to monitor the operating status and health of EPCglobal compliant RFID Readers. The Reader Management Protocol specifies the interaction between a device capable of interfacing with tags, and management software.

The ALE Standard specifies a means for clients to specify, in a high-level, declarative way, what electronic product code (EPC) data they are interested in, without dictating an implementation. It provides a standardized format for reporting accumulated, filtered EPC data that is largely independent of where the EPC data originated or how it was processed.

RFID Middleware has an irreplaceable place in the RFID system. Even though sometimes its functions are taken over by the system applications and there is no clear delineation where middleware ends and the user application starts all the tasks are still part of the system and data flow is still handled within.