How to Select a Correct RFID Tag – Criteria

Selecting a proper tag is no simple task. It requires a thorough understanding of how tags and interrogators work and an understanding of the business processes performed on the objects to be tagged. You must understand tag and interrogator specifications and their impact on tag performance. Some of the factors considered during tag selection are tag type, operating frequency, materials to be tagged, tag mounting method, read range, read rate, tag size, environmental conditions, cost, and mandated requirements.

Selection of tag frequency depends on factors such as read range requirements, material to be tagged, and data rate. Applications such as access control and payment systems require a very small read range. In these types of applications, reading tags beyond a few inches creates a security risk, and therefore the read range must not extend beyond a few inches. LF and HF tags with shorter read ranges are ideally suited for such applications. In tagging pallets used in a supply chain, a read range of 5 to 10 feet is required. UHF tags are well suited for this application.

Items with aqueous content require separation between the item and UHF or microwave tag. At the item level, few choices for tag placement are available and less opportunity exists to create an air gap between the tag and the object. In this type of situation, an HF tag with 2 to 3 feet of read range is an ideal choice. HF and LF tags are well suited for tracking humans and animals because living bodies have a high water content. The FDA has approved LF tags for human and animal implantation. 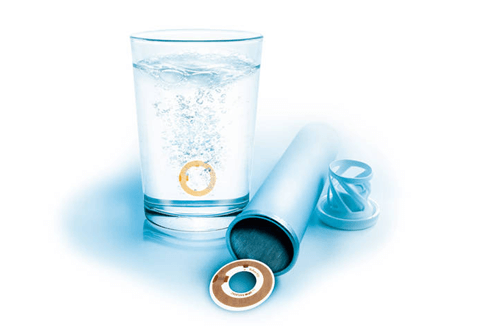 Objects with metals pose a special problem to tagging. Tags directly attached to metal objects are detuned and cannot work well regardless of the tag frequency. If UHF and microwave tags are attached to metal with a small air gap between the tag and the object, they can be easily read. LF and HF tags are more sensitive to metal and require a larger air gap. For more information about frequency selection, check out How to Select a Correct Tag – Frequency [link to page].

The factors affecting tag type selection are read range requirements, sensor requirement, cost, size, weight, and the type of application. Passive tags are cheaper than semi-passive or active tags. Tag cost should be considered relative to the cost of the items being tagged. For example, a $100 active tag attached to a container is economical, while a 25 cent tag attached to a box of cereals may not be. 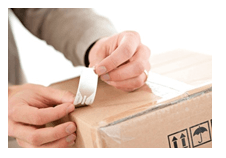 Some applications dictate the type of tags used. For example, to monitor temperature within a refrigerated truck, you would need semi-passive or active tags with temperature sensors.

To monitor security and integrity of a shipping container, an active tag with an intrusion sensor may be used. A reusable tote or plastic container used in a manufacturing or food-processing plant may be fitted with a semi-passive tag. Since these totes and containers re-circulate inside the plant, the cost of the tag is not a major concern. For more information on tag types, read How to Select Correct Tag – Passive vs. Active.

When selecting tag, consider the cost of applying the tag to the object. 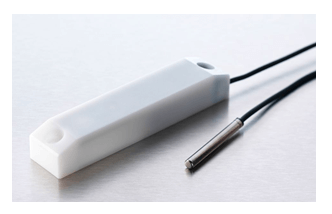 You may need to use encapsulated tags that are protected from abrasion or chemicals in the environment. 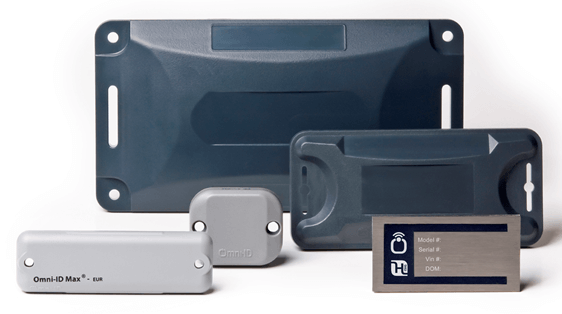 Tags may be selected for compliance with certain standards. The standards may be open, such as ISO, or they may be proprietary. It is a good practice to follow the open and popular standards, because more companies manufacturing products use these standards than proprietary ones, providing a wider choice of products. In addition, these products may be cheaper due to higher volume, and support for them may be available for a longer period. With the wide acceptance of EPC Gen 2 standards (now also ISO 18000-6c), it is best to use Gen 2–compliant products if you are going to use UHF. For more information on Standards, check out How to Select a Correct Tag – Standards & Mandates.

Many large organizations and government agencies have mandated that their suppliers provide goods with RFID tags. These published mandates may specify tag type, frequency, amount of memory, read range, read rate and speed, and protocol. In addition, the mandates may specify how the goods should be tagged. If you are supplying goods to one of the mandating companies, you have little choice in tag selection. The frequency and tag types are specified in the mandates. You may select tag manufacturer and tag model depending on the materials being tagged and the location of the tag on the goods. For more information on Standards, check out How to Select a Correct Tag – Standards & Mandates.

Tag performance is affected by the orientation of the tag relative to the interrogator antenna. The best tag orientation occurs when the tag plane and the antenna plane are parallel to each other. At this orientation, the tags receive the maximum power. As the tag is rotated, it presents a smaller effective area to the incoming radio waves and thus collects less power. The tag read range decreases as the collected power decreases.

The location of the tag within the IZ also affects the tag’s performance. As the tag moves away from the interrogator antenna, it receives less and less power. The reflected signals mixing with the original signal further reduces the power available to the tag. At the outer edges of the IZ, signal strength may decrease in pockets to such a low degree that the tag may not be powered and the consistency of the tag read decreases.

Placement of the tag on an object affects the tag’s performance. Placement is an important consideration for passive UHF and microwave tags used for the products containing aqueous liquids, such as wine bottles, shampoo bottles, many drugs in liquid form, and most food items. Radio waves at UHF and microwave frequencies are absorbed by the water. To read UHF tags attached to packaging containing aqueous liquids, the tag must be placed so that an air gap exists between the tag and the aqueous liquid. You can design the tag so that its antenna is always pointed away from the liquids, or you can take advantage of the way the liquids are packaged so that the tag is attached to the container away from the liquids in the container. At case-level tagging, as opposed to item-level tagging, the tag is attached to the case. The best place to attach passive UHF tag on cases is where the item packaging provides the most separation from the liquids inside. This may require a very precise tag placement, with a tolerance of only a few millimeters. The best way to determine the best tag location is to experiment with various tags.